50 years of Paderborn University: a look back at the 2022 anniversary year

‘We are celebrating the future’ – from the official ceremony in the city hall, to a concert in the mechanical engineering facility, to lectures on quantum physics, a graffiti exhibition and the university’s very own musical: Paderborn University celebrated its 50th birthday with countless events in 2022. The university is now waving goodbye to its anniversary year with the ‘UPB 50 Weekender’, a three-day programme including a party, a concert, a science slam and stand-up comedy.

‘2022 has been and remains a very special year for Paderborn University, as we have been able to look back on what is now fifty years of successful development history. This was made possible by the combined efforts of the many different people who fill our university with life and have contributed to its further development through the commitment they have shown. Without them, their dedication, ideas and visions, we would not be standing where we are today’, university president Professor Birgitt Riegraf emphasised. ‘I would particularly like to thank all who have worked so hard in so many ways over the past few months to help shape our university’s fiftieth anniversary’, Riegraf added.

The anniversary year was as multicoloured as the university itself: via numerous different events all year long, students, researchers, staff and guests big and small have been offering an insight into studies, research, teaching and campus life. Together with residents from Paderborn and the local region, as well as numerous other visitors, the university’s big birthday was celebrated with conferences, concerts, workshops, lectures, presentations, film screenings, hands-on experiments, performances, sports displays and much more.

‘UPB 50 Weekender’ rounds off the anniversary

To bring things to a close, the university invited guests to enjoy a real highlight. The tickets for the ‘UPB 50 Weekender’, held on campus from 15 to 17 December, sold out extremely quickly. Comedians Filiz Tasdan, Kinan Al and Daniel Wolfson of the Berlin group ‘Stand Up 44’ transformed the Audimax into a comedy club and delighted the audience. Then it was time to ‘Clear the stage for science’ at the Science Slam, with media personality and criminal biologist Dr. Mark Benecke giving a guest lecture. The tickets for an intimate live concert in lecture hall G, featuring performances by the band Jeremias and the singer Paula Hartmann, were also quickly snapped up. Another event to round off the anniversary year was the ‘Campus Party XXL’, for which the cafeteria, lecture hall, corridors, library foyer and Grill café were transformed for one night only into a unique event space with countless DJs.

‘50 years of Paderborn University: that means half a century of successful research, progressive teaching, generations of students being prepared for their professional futures, innovation and transfer, strong networks, and much more’, Riegraf noted. ‘We are therefore taking a thankful, appreciative look back at the history of Paderborn University, as well as looking forward to the next fifty years with enthusiasm and optimism.’

Numerous impressions are available showcasing the events of the anniversary year. Images and impressions of Paderborn University’s fiftieth birthday can be found at www.upb50.de/impressionen/. 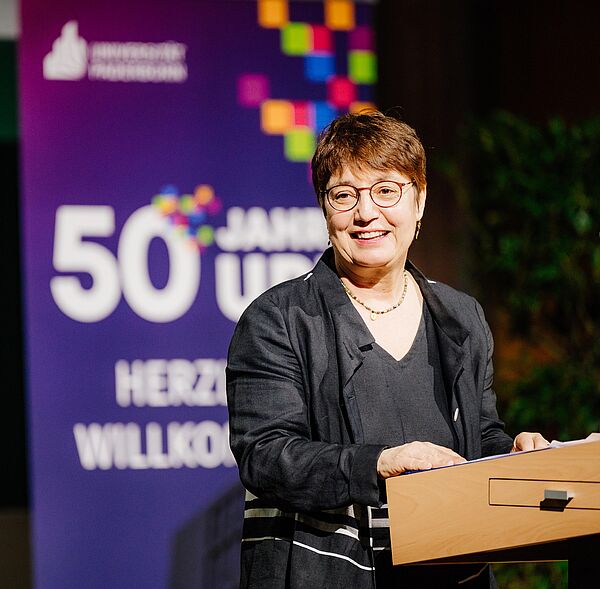 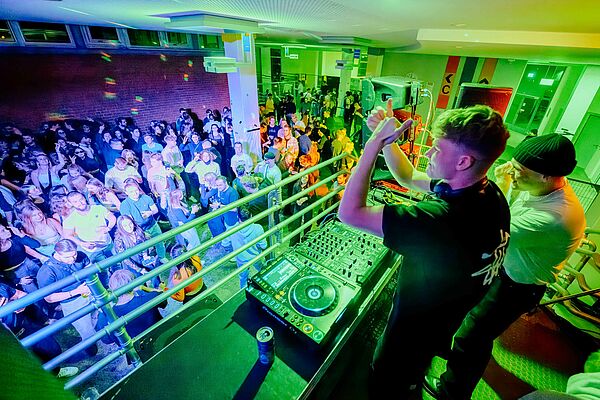 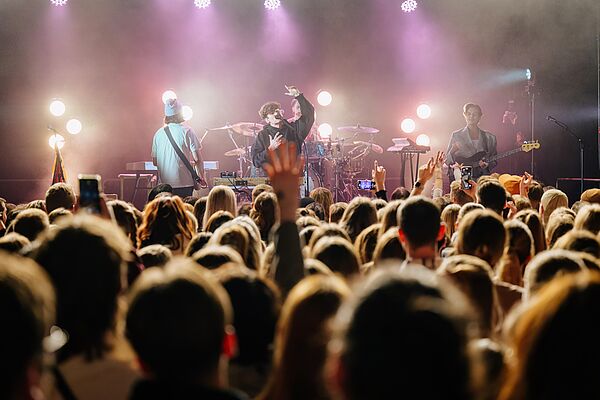 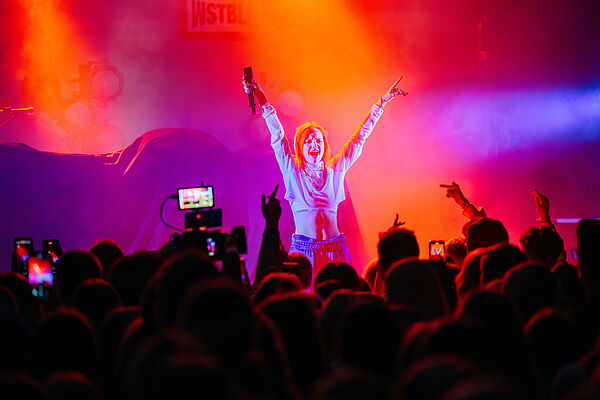 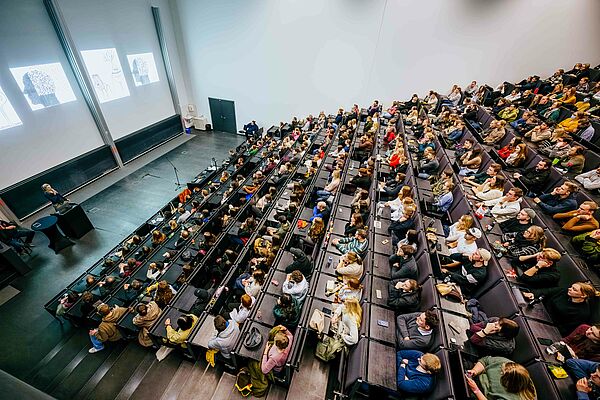 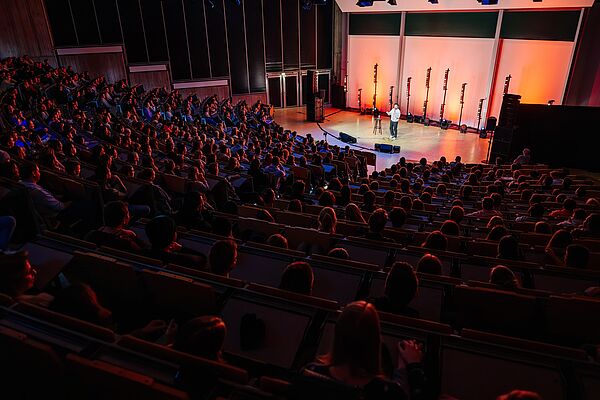 Photo (Paderborn University, Besim Mazhiqi): The audience enjoyed a comedy evening in the Audimax with Filiz Tasdan, Kinan Al and Daniel Wolfson of the Berlin group ‘Stand Up 44’. Download (1 MB)