What role do humans play in the age of technology and in the digitalised working world of the future?

Discourses on humans and machines, 1920s-2020s: humanistic challenges in management and culture in light of new technology

From steam engines to the assembly line to robots and artificial intelligence, as time has passed an increasing number of machines have taken over tasks that were previously completed by humans. Algorithms are now changing the working world. Technological change is increasingly causing upheaval, challenging the image and role of people in the economy and society. In the face of advancing industrialisation, the ‘human factor’ has been the subject of intense discussion over the past 100 years. This debate is now being rekindled. In the midst of the fourth industrial revolution with intelligent networking between people, machines and products, the question arises of how humans will fit into the increasingly digitalised working world of the future. This topic is being tackled by cultural studies and business administration scholars in Paderborn, alongside researchers from Italy and France, as part of a new project. In order to develop strategies and solutions for future personnel management and social policy, they are comparing debates from two historic periods that represent key stages in the modernisation and mechanisation process: the 1920s and the 2020s.

The executive board of Paderborn University selected the ‘Discourses on Humans and Machines, 1920s-2020s’ project for inclusion in the Paderborner Wissenschaftskolleg ‘Data Society’ research initiative. The aim is to use start-up funding to promote interdisciplinary research and international cooperation on a future-oriented topic that is vital for our society. The project’s research semester is planned to begin in April 2023.

Humanistic ideas 100 years ago and today

“In the wake of advancing industrialisation, questions about the ‘human factor’ and the sustainability of a humanism modelled on the ancient world and the Renaissance were prominently discussed in literary and cultural studies. Today, in the wake of digitalisation, the debate about humans and machines has been relaunched from a new starting point. As was the case at the beginning of the twentieth century, intellectuals, scientists and experts can see that technological change offers up both opportunities and huge dangers for humans as rational but also vulnerable beings”, explains Prof. Claudia Öhlschläger, Professor of Comparative Literature and Intermediality at Paderborn University and one of the project’s leads.

The 1920s were particularly critical: building on progress in the fields of engineering and electrification, industrial mass production was perfected in large companies. The pressure of this transformation process, which also affected warfare technology during the First World War, prompted a humanistic change, focusing on humans and their relationship with technology. Humanistic approaches still shape personnel management concepts as well as management literature and practice today. In view of mechanised processes, emotional skills such as empathy are as much a part of human personnel management as a healthy workplace design or the promotion of individual development opportunities.

100 years on, in the context of our digitalised world, the debate about humans and machines has been reignited but with different conditions and challenges.”‘Digital humanism’ or ‘humanistic management’ in the digitalised working world are key concepts in current discussions”, notes Prof. Martin Schneider, Chair of Business Administration specialising in Human Resources at Paderborn University, who is heading up the project together with Claudia Öhlschläger. “In the wake of industry 4.0, some people are afraid of mass unemployment, whilst others anticipate the arrival of technologies that will either make people into cyborgs, replace them entirely, or could even mean the end of the human race”, the business administration scholar describes.

Personnel management in the digital age

The researchers involved in the project are analysing discussions from the 1920s and 2020s in order to identify differences and parallels that provide answers to the following questions: What can we learn today from the debates of the last machine age? How and by what means did and does the concept of the ‘human factor’ shape cultural science, literary and anthropological/philosophical discussion then and now? Öhlschläger is working with PD Dr. Alexander Dunst of Paderborn University’s Department of English and American Studies and Prof. Dr. Isolde Schiffermüller of the University of Verona in Italy to examine issues relating to cultural sciences, whilst Schneider, Prof. Dr. Kirsten Thommes, Professor of Organizational Behavior at Paderborn University, and Prof. Dr. Sabine Bacouël-Jentjens of ISC Paris Grand École in France are tackling economic questions: How is the concept of the ‘human factor’ incorporated into management research? How are the gender-specific effects of digitalisation discussed? What are the challenges facing a humanistic personnel policy in the modern world?

During the research semester, a lecture series (among other events) will enable figures from science, culture and management practice to enter into an interdisciplinary dialogue. The researchers want to use their investigations to identify creative solutions for future personnel management in a digitalised working world, derived from cultural sciences discussions regarding the human factor.

The Paderborner Wissenschaftskolleg ‘Data Society’, established in 2020, is directed at academics from the postdoc phase onwards from all disciplines of the university. It provides an opportunity to apply for support in the development of an interdisciplinary, internationally oriented research project in the broad field of digitalisation together with external colleagues from foreign universities or research institutions. The application deadline for the next phases (beginning in October 2023 and April 2024) is 14 October of this year. The funding conditions and other information about currently funded project can be found on the Paderborner Wissenschaftskolleg ‘Data Society’ website and on the Committee for Research and Junior Academics web page. 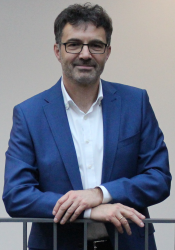 Photo (Paderborn University, Matthias Groppe): Symbolic image. In a new project scientists at Paderborn University are looking into the question of what role humans play in the age of technology and what their role will be in the future digitalized working world of work. Download (2 MB) 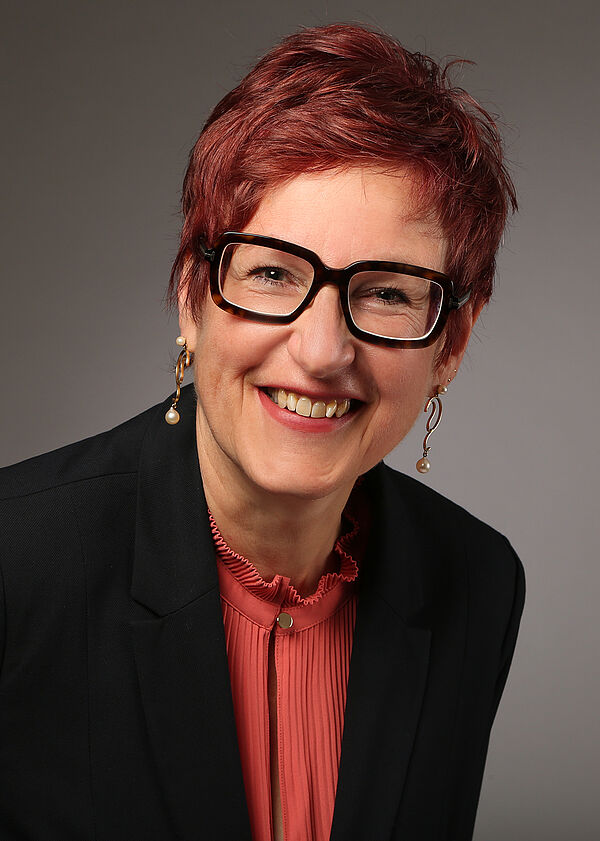 Photo (Verena Neuhaus): Prof. Claudia Öhlschläger is Professor of Comparative Literature and Intermediality at Paderborn University and one of the project’s leaders. Download (1 MB) 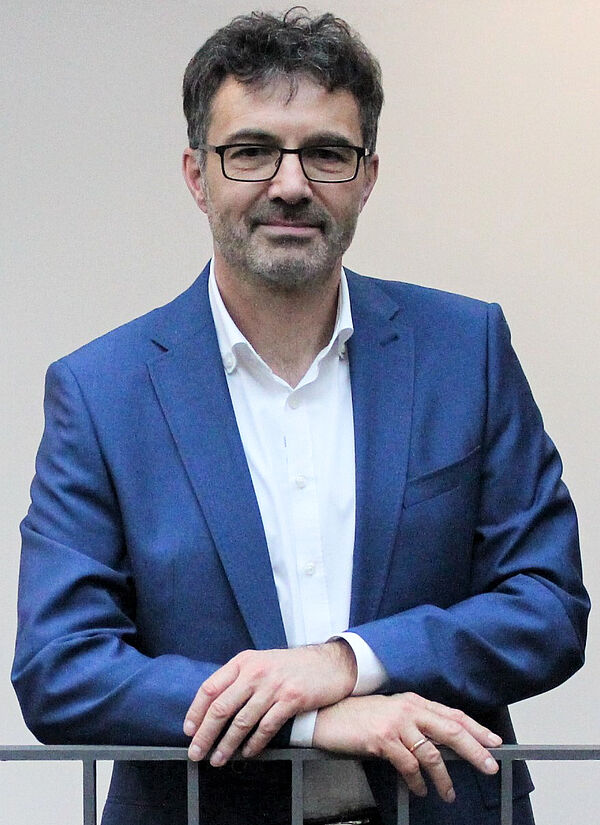