Status quo of digital education: ICILS enters its next cycle

Status quo of digital education: ICILS enters its next cycle

School pupils’ digital skills are once again the subject of a global study: With its main survey scheduled for 2023, the International Computer and Information Literacy Study (ICILS 2023), which measures international differences in students’ computer and information literacy (CIL), will, for the third time, assess the CIL skills of school pupils in their eighth year of schooling (Grade 8 in most systems). As in the two previous ICILS cycles, Professor Birgit Eickelmann from Paderborn University will be leading the research in Germany and heading up the national research centre.At an international level, the study will be co-ordinated by the International Association for the Evaluation of Educational Achievement (IEA), headquartered in Amsterdam. The German study will be funded by the German Federal Ministry of Education and Research (BMBF) with around €4 million. The study, which was launched in Germany at the beginning of January, will run for five and a half years.

To ensure a comprehensive assessment of digital skills, the ICILS will also collect a rich array of contextual data on students’ home and school environments. To obtain informative findings about digital media in the classroom, representative samples will be taken throughout Germany, as well as in all other participating countries. All federal states have given permission for the collection of data within schools and mandated the relevant access for this. As in ICILS 2018, Germany will once again be participating in the optional computational thinking component. Computational thinking is the ability to identify a problem, develop possible solutions and present these solutions in a way that a human or a computer can understand. “Basically, it’s about more than digital literacy and the use of new technologies and provision in schools. It’s about social participation and future opportunities for all children and young people in a society shaped by digitisation,” says Eickelmann.

As the new focal area of digital education is highly relevant for Europe,the international participation fees will be co-financed by the European Commission. To date, 18 European countries have confirmed their participation in the study. This means that significantly more countries will be participating in this cycle than in previous cycles. The ICILS as a whole (all three cycles) is also especially relevant because it is part of the European educational monitoring for the implementation of the Digital Education Action Plan (2021 to 2027), announced in a package of initiatives by the European Commission in October 2020. “The target formulated here is to reduce the number of students leaving school as digital underachievers to under 15 percent by 2030,” explains Eickelmann. Currently, this figure stands at 33% in Germany and at around 38% in Europe. This was one of the findings of the ICILS 2018 study. “To help encourage and support all children and young people along the path to a digital knowledge society, the EU is calling on all member states to participate in ICILS 2023,” says Eickelmann.

The third cycle of the study will not only analyse the new status quo of digital education in Germany in the form of an international comparison, but also, for the very first time, make it possible to compare trends empirically, and thereby record developments over a ten-year period. Of particular interest for Germany are the developments since ICILS 2018, in which a number of measures have been launched, including the “DigitalPakt Schule” scheme. During the coronavirus pandemic, in particular, digitisation-related developments in school education have picked up considerable speed. Eickelmann comments: “The pandemic has shown us where we stand in Germany in terms of digitisation in schools. The ICILS 2023 study will therefore primarily examine whether these measures have been effective.” What Eickelmann would really like to see is a significant reduction in socio-economic inequalities in digital literacy in Germany by 2023. “However, there’s still a great deal of work to be done,” says the researcher.

Initial resultswill be presented at international level in autumn 2024. Germany’s results in the international comparison will be reported at the same time. The relevant findings are expected to be presented at a federal press conference. Based on the results of the study, transfer products – also to be funded by the BMBF – will be developed at Paderborn University for use in schools and administration.

Further information on the study: upb.de/icils2023

The results of the previous ICILS cycles can be downloaded for free on the university website: 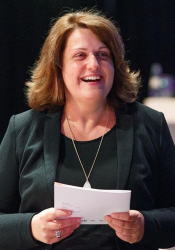 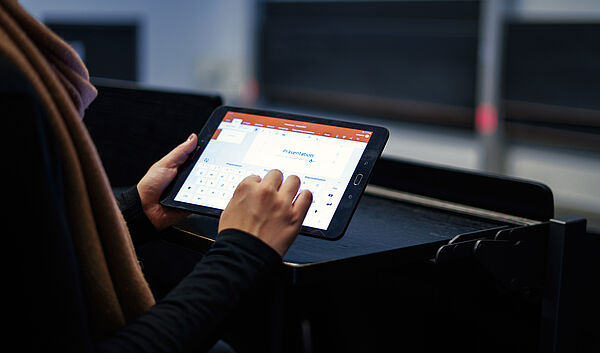