What content does YouTube’s algorithm recommend for the German Bundestag election campaign?

Which videos does YouTube’s algorithm recommend to different users for the Bundestag parliamentary elections? This question is to be investigated with the help of the new data donation platform ‘DataSkop’, developed by a research network led by non-profit research and advocacy organisation AlgorithmWatch. The project researchers will leverage the data donated to analyse which personalised recommendations and search results the video platform generates on topics relating to the German federal elections. For six weeks, from 15 July to 25 August, YouTube users will be able to donate their data and gain insights into the algorithm. The findings will be published ahead of the election in September. Alongside AlgorithmWatch, researchers from Paderborn University, the European New School of Digital Studies of the European University Viadrina, Potsdam University of Applied Sciences and media education association Mediale Pfade are also involved in the data donation project.

The influence of social media platforms such as Facebook, Twitter and YouTube on political debates and election campaigns has been a much-discussed phenomenon ever since the 2016 US election. However, not enough research has yet been carried out into the distorting effects and potential dangers for democratic processes,” says Professor Bardo Herzig, project leader at Paderborn University. “The automated decision-making systems that determine what users see are totally non-transparent, and social media companies barely ever grant researchers access to these. Data donations from users have proven a useful method for investigating how algorithmic systems work,” continues the educational researcher and media educationalist.

In the new data donation project, the project partners will analyse the personalisations generated by video platform YouTube’s recommendation system during the federal election campaign over a period of several weeks. Information from users about which videos they have watched and which channels they follow will enable the researchers to identify connections and patterns between user behaviour and the recommendation algorithm.

In interactive experiments, users will first have the opportunity to explore connections for themselves before donating their data. “With the help of visualisations – in detail, like under a microscope, or as a ‘fanned out’ image, like in a kaleidoscope – users will be able to see and understand the traces they leave when interacting with digital media services and what makes the data that accumulates in the process valuable and interesting,” says Herzig. As of today, any user with a YouTube account can download the DataSkop client from the project website.

The data donated will then be analysed by both researchers from the European University Viadrina (Frankfurt Oder) and data journalists from ‘Der Spiegel’. The initial findings are to be published ahead of the actual federal elections at the end of September. “At the end of the year, we’ll also make learning scenarios available on the platform for the pilot project, which will contain examples of how to use the DataSkop client in class and how to engage with recommendation systems,” says Herzig, outlining the next steps of the project.

Further information is available on the platform website: http://dataskop.net 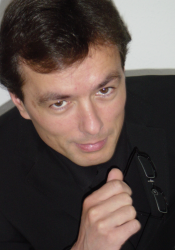 Photo (Paderborn University, Jennifer Strube): Symbolic image: Which videos does YouTube’s algorithm recommend to different users for the Bundestag parliamentary elections? This question is to be investigated with the help of the new data donation platform ‘DataSkop’. Download (1,020 KB)