Economist Professor Caren Sureth-Sloane from Paderborn University was yesterday elected to the Senate of the German Research Foundation (DFG). The Senate of Germany’s largest research funding organisation and central self-governing organisation for research in Germany is responsible for all important decisions relating to research funding and organising the review, assessment and decision-making processes. As the central statutory research body, its members advise on all important DFG affairs. Sureth-Sloane will take up her four-year term shortly.

The economist is looking forward to the challenge: “I’m delighted that Business Administration is going to be once again represented in the DFG Senate, after more than twenty years! I’m honoured to have the opportunity to actively participate in discussions on research funding in Germany, and to give the entire Economics review board a voice in these discussions.”

Sureth-Sloane is Deputy Chair of the Verein für Socialpolitik (German Economic Association) and Vice-President of the Schmalenbach-Gesellschaft. At Paderborn University, Sureth-Sloane studies how taxation, tax reforms, tax complexity and transparency affect business decisions, in particular investments and risk-taking. In 2004, she took up a professorship in Business Administration in the Faculty of Business Administration and Economics, specialising in Business Taxation. In 2013, the researcher was appointed as a full member of the North Rhine-Westphalian Academy of Sciences, Humanities and the Arts. Sureth-Sloane is also the spokesperson for the Collaborative Research Centre “Accounting for Transparency” – the first collaborative research centre of its kind in Germany with a business administration focus. From 2015 to 2020, she was Dean of the Faculty of Business Administration and Economics at Paderborn University. 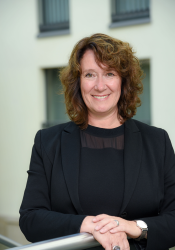