Researchers at Paderborn University have surveyed some 7,500 school pupils on the challenges they have faced and paint an ambivalent picture of the status quo

As part of a nationwide survey on the stresses and challenges of remote learning, researchers at Paderborn University surveyed students who have completed their Abitur (German school leaving certificate) during the COVID-19 pandemic. The findings point to inconsistencies in provision, poor media skills among teachers and a lack of trust in politicians.

In June, Abitur students across Germany were questioned for the second year in a row about their experiences of remote learning by educational researchers and psychologists from Paderborn University. The study was conducted by Tim Rogge from the General Didactics, School Education and Media Education research group and Dr Andreas Seifert from the Educational Psychology and Developmental Psychology research group. More than 7,500 pupils took part in the non-representative survey, which was conducted in the final phase or directly after the end of the Abitur examinations, depending on the federal state, in co-operation with ABIHOME.de. The survey in particular focused on the level of stress experienced by Abitur students during the periods of school closures and their Abitur examinations. Rogge explains: “So far, studies on the experiences of students in their final years of school have been sporadic and conducted on just small sample sizes. This quantitative survey of students’ perspectives on studying for their Abitur under the conditions of the COVID-19 pandemic aims to fill an important gap in research. The study will be extended as of August to include in-depth interviews with Abitur students, to add qualitative perspectives to the findings of the quantitative survey.”

Findings show differences in provision and between genders

While some Abitur students reported having been taught face to face throughout the past school year, the majority of respondents spent some of the school year doing remote or hybrid learning. In terms of stress, female Abitur students in particular reported having spent significantly more time studying during periods of remote learning, with an average of 3.73 hours per day, and accordingly also reported higher levels of stress. For male Abitur students, this average was 2.84 hours. Female Abitur students from a migrant background and with parents with a low level of education experienced the most stress. “On the other hand, however, females reported better final grades than their male classmates, which suggests that female students were better at motivating and organising themselves with remote learning than male students,” summarises Dr Andreas Seifert.

Statements collected from the open response questions, but which have not yet been conclusively evaluated, suggest that periods of hybrid learning, during which half of students were taught face to face and the other half remotely, were experienced as more stressful than periods during which all students were being taught remotely. “The remote learning in itself was fine. But because of the hybrid learning, a lot of time was sometimes wasted, because we were often taught everything twice: once remotely and once face to face,” says one student.

The majority of respondents also stated that they were sufficiently media literate to cope with remote learning. However, it was a different story when it came to the media skills of their teachers: Just 15.1 percent of respondents stated that they agreed with the statement “Most of my teachers have sufficiently good media skills for remote learning”. 28.9 percent disagreed with this statement. The higher the Abitur students rated their teachers’ media skills, the better final grades they reported. Students also felt they were well equipped technically: 67.1 percent of respondents agreed with the statement that they had sufficiently good technical equipment for remote learning. “The technical improvements funded by the “DigitalPakt Schule” scheme may have had something to do with the higher rating given here during the course of the academic year 2020/21,” says Rogge.

Abitur exams instead of average grades

The Abitur students surveyed were in favour of holding Abitur exams and opposed to the alternative of awarding an average grade. These figures have risen significantly compared to those for the previous Abitur cohort: In 2020, 53.4 percent of the students surveyed agreed with the statement that it was good to hold the Abitur exams, even under changed conditions; by 2021, this figure had risen to 61.2 percent. With regard to the alternative of calculating an average grade based on all grades achieved during a student’s Abitur years, rather than awarding a final grade based on their Abitur exams, 55 percent of respondents were in favour of such a step in 2020 – in 2021, this figure was just 45 percent. Rogge says: “One possible explanation is that fear of infection from face-to-face exams may have been more of a concern in 2020 after the first lockdown in April than a year later, when young people were better prepared for the dangers of the virus. The answers to the open response questions, however, make people sit up and take notice for another reason: the concern that students with a ‘COVID Abitur’, who have not sat any examinations, might be seen as inferior to previous Abitur cohorts, and therefore at a disadvantage when applying for jobs, for example.”

When asked to rate their satisfaction with the educational policy decisions in their respective federal state, around 70 percent of the Abitur students surveyed said that they were dissatisfied or rather dissatisfied. This dissatisfaction is particularly evident from the open responses. There are, for instance, increasing calls for the resignation of federal state education ministers and accusations of a betrayal of trust by policy makers with regard to the promised simplification of the Abitur examinations. One respondent answered: “Politicians haven’t take our concerns seriously enough, and have instead tried to stubbornly enforce laws that aren’t in the interest of everyone. The mental health of many students has deteriorated, but not enough consideration has been given to this. Politicians need to do more to get in touch with and listen to Abitur students, to get a better picture of the problems facing Abitur students in the coming years.” 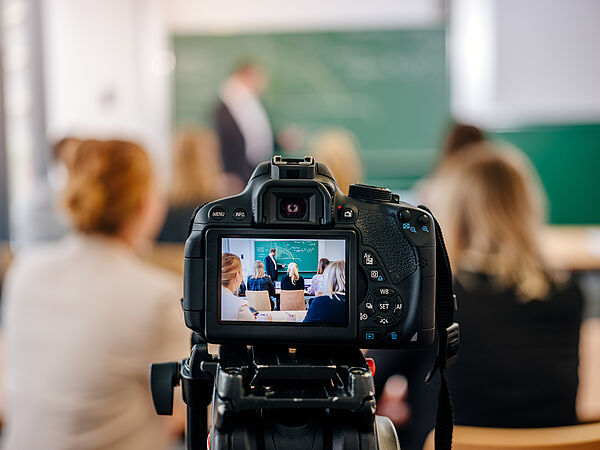