"Voices from Ukraine": Digital conference focuses on the lives and perspectives of women scientists in the situation of war

On Friday and Saturday, May 27 and 28, numerous Ukrainian scientists will speak at the digital conference "Voices from Ukraine: History of Women Philosophers and Scientists in the Situation of War" about the lives of women scientists during the war as well as perspective and existential questions. The event is organized by Prof. Dr. Kateryna Karpenko, Director of the "Center for Gender Studies" of the Kharkiv National Medical University (KNMU) in Ukraine, and Prof. Dr. Ruth Edith Hagengruber, Director of the "Center for the History of Women Philosophers and Scientists" (HWPS) of Paderborn University. The conference will take place on Friday from 12 to 6 p.m. and on Saturday from 11 a.m. to 1 p.m. via Zoom. Those interested can still register by emailing Rebekka Schubert (srebekka(at)campus.uni-paderborn(dot)de) by May 26. Event languages are German, English and Ukrainian. The aim of the conference is, among other things, to strengthen international university cooperation and to create a scientific platform for the exchange of ideas about the lives of female scientists in war and their prospects. For more information, visit HWPS's website.

Prof. Dr. Birgitt Riegraf, President of Paderborn University, will open the conference. In addition to the two organizers, Valeriy Myasoedov, vice-rector of the Ukrainian KNMU, and Elke Ferner, chairwoman of UN Women Deutschland e. V., will welcome the participants. One topic of discussion will be the position of women researchers in the social sciences and humanities, where the proportion of women is over 60 percent. „Low wages, involuntary part-time work, short-term contracts, self-financing of research – all these characteristics of the position of some women scientists and researchers can be interpreted as markers of an untenable situation, which will undoubtedly be exacerbated by the war“, said Hagengruber, professor of practical philosophy at Paderborn University and director of the HWPS. Many Ukrainian scholars came to Germany after the start of the war in Ukraine on guest invitation of local universities and foundations. Among other things the participants of the conference will discuss possible problems of integration into German academic life and the continuation of their careers.

The event is intended to expand academic cooperation with the KNMU's Ukrainian Center for Gender Education and  Paderborn's HWPS. Hagengruber emphasizes the importance of the conference: „Almost three months have passed since Russia launched a war against Ukraine, bringing death, suffering and destruction and radically changing the established way of life. Many people have moved to quieter areas of Ukraine, many have found temporary shelter abroad. The shock of the first days of the war is beeing replaced by the need to comprehend the current situation invarious contexts." 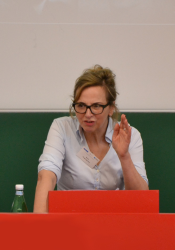 Head of the Department of Philosophy 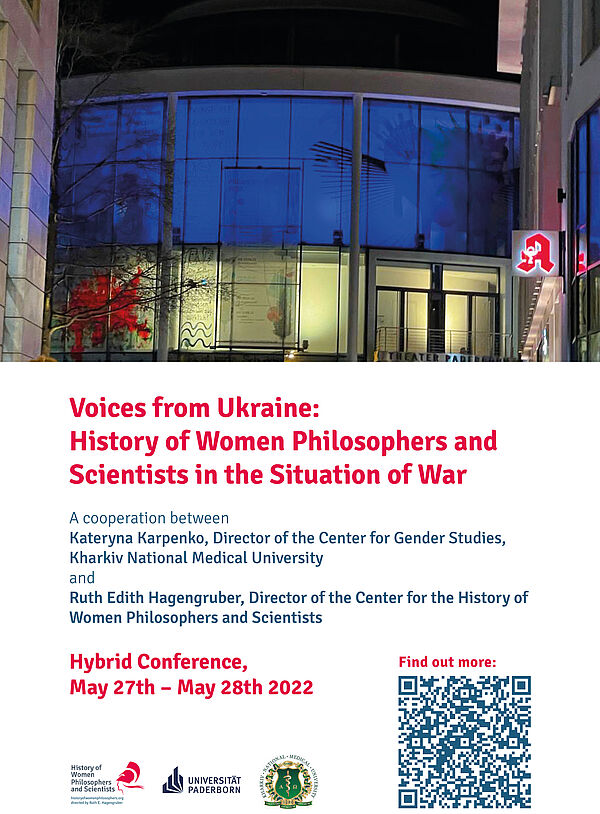