The energy needed to operate chemical plants produces large volumes of greenhouse gases. A significant share of these come from distillation columns, where liquid and gaseous components are separated. There are two reasons for this; firstly, distillation is the most common separation method and secondly, it is very energy-intensive. The goal of the new research project is to plan these plants using an innovative design method that allows them to be operated more efficiently, thereby saving energy and reducing emissions. The large-scale cooperation project, with a total budget of about two million euros and led by the Technical University of Munich, also includes Paderborn University as a participant – receiving around 300,000 euros in funding from the Federal Ministry of Education and Research (BMBF). In addition to five university partners, the project is also supported by seven representatives from the process industry, including the companies BASF, Evonik and Linde. The project advisory board consists of seven additional companies, including Bayer, Covestro and Thyssenkrupp. The project, known as “ReProvAP” for short, will run for 36 months, ending in February 2024.

Packers versus plates for material exchange

In order to separate the components from one another in the distillation column, the liquid is heated on the device plate and evaporated; the rising steam is cooled and condensed in the head of the device. This primarily evaporates the components with a low boiling point, while those with a high boiling point condense. The result is material separation. “For a mixture of ethanol and water, for instance, that means ethanol rises inside the device and can be extracted at the head of the column, while the water collects in the bottom of the column. Distillation columns have special installations to ensure close contact between liquid and steam, and therefore efficient separation of the components,” explains Prof. Eugeny Kenig, Head of the Chair of Fluid Process Engineering (FVT) at Paderborn University.

There are different types of installations, primarily plates and packers. Plates are installed at regular intervals inside a distillation column; the liquid collects on them and is permeated by the steam. As a result, the material exchange between the two flowing phases occurs on the plate. Packers fill the entire column. A distinction is made between filler (for instance spheres or hollow cylinders) and structured packers (thin, corrugated metal plates or wire gauze). In these cases, the liquid flows along the surface of these structures and the steam flows past it in the opposite direction along the resulting liquid surface. Liquid and gas come in contact here to realize the material exchange. The use of packed columns, particularly structured packers, creates more efficient separation devices due to the better relationship between energy input and separation performance relative to plate columns.

“Precisely determining the separation performance in industrial columns, which often have very large dimensions (more than 100 meters high and with a diameter of up to 20 meters), is a difficult task, and creates a high level of uncertainty in designing the columns for some systems. To compensate, the devices are built larger than they actually need to be, which leads to unnecessarily high energy and resource consumption,” explains Kenig. Especially for the more efficient packer columns, an accurate projection is difficult, which is why plate columns are often used. Their design has been much more widely studied, but according to Kenig they offer fewer advantages in terms of efficiency: “With a better design method for structured packers, which we are now studying extensively, we can improve companies’ competitiveness by precisely identifying the material separation performance. In the future, this will allow application areas that previously used plate columns to be equipped with packer columns, thereby saving energy and even facilitating innovative, more efficient process management.”

Savings potential of switching from plate to packer columns

The use of structured packers, according to the project team, plays a significant role in improving energy efficiency. Kenig mentions one example: “In one of our research partner’s facilities, material exchange plates were replaced by a structured packer. That made it possible to use the condensation heat elsewhere. As a result, approximately 75 percent of the implemented heating power is recovered and used in another part of the plant as heating steam – so it creates a loop.”

The research activities of the Chair of Fluid Process Engineering (FVT) at Paderborn University focus on four main areas: studying elemental transport phenomena, the area of process intensification, the study of separation devices including their installations, and innovative solutions for the problems of energy transport and storage in industrial applications. Both experimental and theoretical methods are implemented. In addition, the Chair participates in the activities of the Paderborn Competence Center for Sustainable Energy Technology (KET), whose main focuses directly involve environmentally friendly energy use. The modelling methods developed at the FVT Chair will be used to develop the improved design method. Kenig: “Ideally, our approaches will replace experimental studies with the specific material system in each case, which will allow knowledge about known and well-characterized material systems to be transferred directly to new materials.” Paderborn is very well equipped in this area thanks to its many years of research work.

Involving research institutions, packer manufacturers, engineering service providers, plant manufacturers and operators from the chemical industry will cover all of the relevant questions, allow the individual partners to share their knowledge, and jointly create a deep understanding of the material exchange processes in packers. “The results of this project will change the process industry in the long term, since a new, more precise design method for packing columns will create enormous energy and cost savings,” says Kenig. The generated knowledge will then flow into the industry as well as into teaching and training for future engineers. In the medium to long term, this will have a major impact on the use and role of structured packers in Germany. The initial results are expected in the summer of 2022. 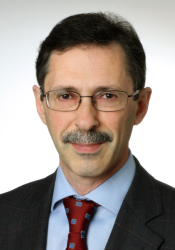 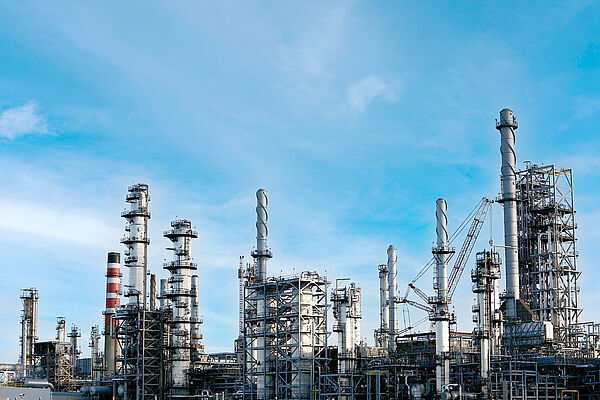