In classical music, editions serve as the basis for the academic debate of music. However, unlike classical music, pop music is not composed on manuscript paper, but rather in audio files. Sound forms the substance of pop music. Professor Rebecca Grotjahn, a professor in the Musicology Seminar at Paderborn University and HfM Detmold, is researching ways of creating editions of this ‘phonographic’ music. Grotjahn’s project to develop a new practical method for creating pop music editions in an auditive medium received the university’s Research Award of 150,000 euros. In a presentation given at the university, she has now presented the findings of her research project entitled ‘Creating editions of phonographic music’. She also introduced the prototype of the newly developed app ‘Ediphon’, which enables users to examine pop music from a source-critical perspective.

‘I am delighted that, once again, an academic with a bold idea has been given the opportunity to bring it to life’, Professor Johannes Blömer, Vice President for Research and Junior Academics, explained enthusiastically. With the Research Award, the university leadership is seeking to promote bold hypotheses, unconventional technologies and innovative methods that move away from the beaten path. Particularly exceptional research projects are given the opportunity to become a reality thanks to the university’s most generous prize.

It all began with ‘Let It Be’

A few years ago, in the final chord of the Beatles’ classic ‘Let It Be’, Grotjahn heard a high C attributed to band member Paul McCartney. ‘I initially wondered whether that could be a topic for the field of alternative masculinity, but when researching I came across the claim that the note was actually sung by Linda Eastman. But how do you check anecdotes like that?’, explains the music researcher, who specialises in gender research. For a long time, source-critical analysis of musical pieces has only been possible in classical music via the use of academic musical editions. No such edition exists for the Beatles. ‘In pop music, sheet music is not what needs to be presented as an edition. In most cases sheet music does not exist, and even if it does, it is generally not immensely informative – for example, the high C does not appear in the “Let It Be” score’, Grotjahn explains. Furthermore, the sheet music does not provide any information about the sound or vocal timbre. ‘The key characteristics that make up pop music cannot be written down. Pop music is written in the studio’, the researcher notes.

In order to create an edition of an auditive medium, the subject of this edition must be the sound recording, and not the score as has previously been the case. The challenges facing Grotjahn therefore related to processing the huge quantities of data involved in a single recording and establishing a connection between visual and auditive markers. Another issue is copyright, which is mostly held by major record companies. Grotjahn’s idea to solve the problem: the edition is made not of the phonographic text itself, but rather a metatext that contains philologically relevant information about the text.

To create the metatext, a program transforms audio objects (such as the single and album versions of a song) into visual data. Synchronisation points are used to link the coded objects together and annotate the objects’ metadata and the results of the source evaluation. The resulting metatext will ultimately be made available in the ‘Ediphon’ app, developed by Grotjahn and her team. Users can upload their own audio files to the app quickly and easily. ‘The app recognises the files and links them up with a central metatext available online, providing users with parallel access to the information in the annotations when playing the audio files’, the researcher explains. The editing work requires the auditive files to be converted into visual data in advance. The app therefore enables source-critical analysis of pop music, without requiring an edition of the audio object itself.

Cooperation between musicology and computer science

Grotjahn and her research team have spent the past two years developing the prototypes for the app. It has been developed in close collaboration between musicology and computer music. Support was also provided by the Sebastian Müller Band from Detmold, who provided all of the materials for one of their pieces for rights-free use. ‘We are currently continuing to work on programming the app’, the Research Award winner states. Computer visualisation of sound relations, similarities and differences enables phonological data to be made readable. However, no artificial intelligence (AI) or automation is being used – the editions are being created as a result of intensive research work undertaken by people.

Overall, the researchers involved have been able to make major progress in implementing the interdisciplinary project over the past two years. ‘An audacious research idea has become a tangible, hugely significant project. Two years of deliberations and discussions have paid off’, is Grotjahn’s summary. 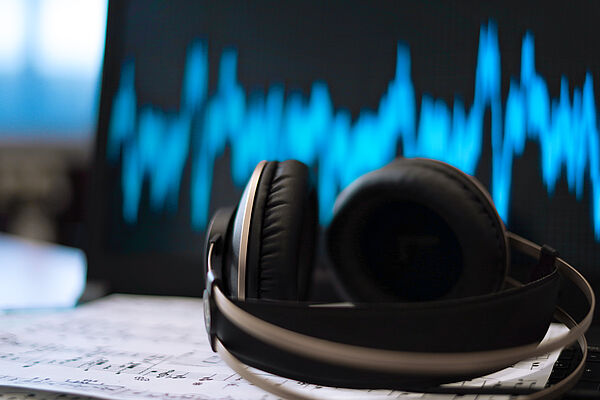 Photo (Paderborn University): In order to create an edition of an auditive medium, the subject of this edition must be the sound recording, and not the score as has previously been the case. Download (4 MB) 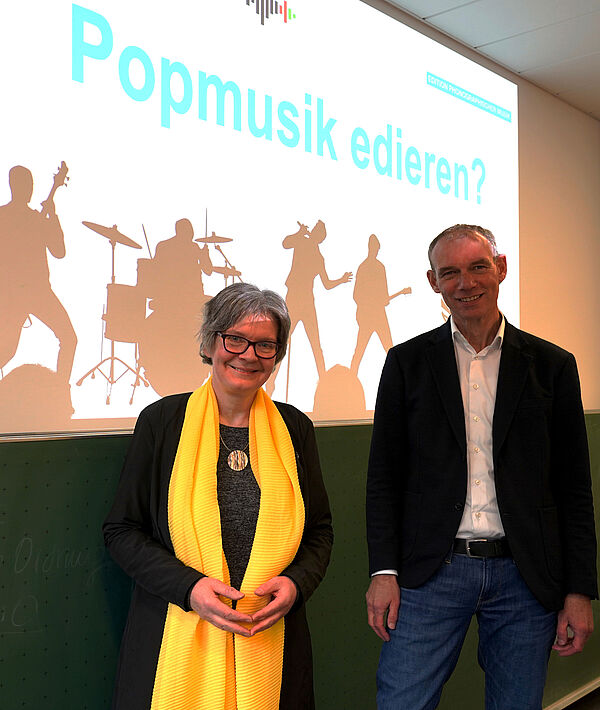