With effect from January 2023, the German Research Foundation (DFG) will fund the new Collaborative Research Centre/Transregio ‘Integral Structures in Geometry and Representation Theory’ (CRC/TRR 358) for an initial period of four years. The consortium will be run by Bielefeld University and Paderborn University. The University of Bonn will also be involved in the Transregio. The spokesperson will be Professor Kai-Uwe Bux from Bielefeld University, and the deputy spokesperson Professor Igor Burban from Paderborn University. The researchers will be investigating integral structures in 20 sub-projects. Such structures occur in, for example, geometry as, among other things, tessellations – surface coverings with shapes, or ‘tiles’, arranged symmetrically and without any gaps in a repeating fashion, which can result in complex multi-dimensional patterns. The Transregio is to receive €10.7 million in funding.

“I would like to congratulate the mathematicians from our university and their colleagues from Paderborn who were involved in the proposal for this new collaborative research centre,” says Professor Gerhard Sagerer, rector of Bielefeld University. “Their successful application for funding for research into integral structures is a tribute to their excellent work. Moreover, the fact that this is the two universities’ second joint Transregio is also an impressive testament to our longstanding co-operation.” It is also a big success for Bielefeld University, as this is now its second collaborative research centre with a mathematical focus.

Professor Birgitt Riegraf, President of Paderborn University: “We are delighted with the DFG’s decision to establish the cross-location collaborative research centre. It is a reflection and acknowledgement of the cutting-edge mathematical research carried out at the universities of Paderborn and Bielefeld. We’re all incredibly proud of the outstanding work of all the researchers involved, and congratulate them on their success.”

Integral structures prominently visible in the Alhambra
Mathematicians encounter integral structures not only in geometry, but also in algebra, analysis, number theory and other sub-fields of mathematics. A chessboard pattern, for example, has an integral structure. This is a simple tessellation – a grid of squares with edges of equal length.

The tessellations at the Moorish Alhambra Palace in Granada, Spain, are admired by visitors daily. Ornamental scrollwork designs – arabesques – adorn the walls and columns of the palace. The patterns are based on triangles, rectangles or rhombuses. Rotations and reflections of these components are what create the patterns. These tessellations can be classified into wallpaper groups, which algebraically encode the symmetries of the tessellation. The Alhambra’s ornamental designs represent a total of 17 wallpaper groups, exhausting all the possibilities for a two-dimensional space. The transition from two-dimensional surface to three-dimensional space results in a total of 230 space groups. These space groups can be used to, for example, describe the structure of crystals. The higher the dimension, the more different tessellations and wallpaper groups there are. Mathematics can work with dimensions far beyond the three-dimensional space.

“The example of wallpaper groups and their variations shows just how fascinating integral structures are,” says Professor Kai-Uwe Bux, spokesperson of the new Transregio 358 and member of the ‘Groups and Geometry’ working group at Bielefeld University. “Integral structures give rise to a number of mathematically significant questions. For example: How many arrangements of a certain shape are there? How does the number of grid points in a section vary with its radius? Or are there patterns with a particularly large number of symmetries, and do these patterns have any striking characteristics, in analytical or algebraic terms, for example? To address these and related questions, it is vital that we don’t just focus on one particular sub-field of mathematics. We therefore want to research a variety of sub-fields, ranging from algebraic geometry to the analysis of manifolds to the representation theory of associative algebras, for example.”

Professor Igor Burban, deputy spokesperson of the CRC and head of the ‘Algebra’ working group at Paderborn University: “Within the framework of the CRC consortium, existing collaborations between the two universities in the fields of algebraic geometry and categorical representation theory will be complemented and strengthened. However, we also want to forge new links, for example between representation theory of finite-dimensional algebras and geometric group theory. Harmonic analysis of real in-situ symmetric spaces is one of the main topics of the mathematical research in Paderborn.”

Transregio builds on two collaborative research centres and a research training group
The Transregio will bring together the expertise of 23 professors from various different sub-fields of mathematics. 32 PhD and 28 post-doc students will be involved in the research consortium’s 20 sub-projects. The vast majority of these projects will be cross-locational and involve at least two of the participating universities.

The Transregio will not be the first time that Bielefeld University’s and Paderborn University’s have pooled their different expertise and research potential: The researchers already have a long history of fruitful collaboration, including joint projects, research centres and research programmes, in the field of artificial intelligence and in the arts and humanities, for example.

The Paderborn mathematicians have proven expertise in the fields of algebra and analysis, which is reflected in, for example, its high positions in recent years in the Shanghai Ranking. Mathematical research at the interface of these two sub-fields characterises the research profile of Paderborn’s Department of Mathematics. In particular, it is the work of the ‘Harmonic Analysis, Representation Theory and Number Theory’ priority area that the CRC is based on.

Two world-renowned researchers to collaborate in the Transregio
Ukrainian mathematician Professor Maryna Viazovska from the Swiss Federal Institute of Technology Lausanne (EPFL) will be a guest researcher in the Transregio. She is known for her groundbreaking contribution to the theory of densest sphere packing. Viazovska was this year awarded the Fields Medal, the highest scientific award in mathematics. Australian mathematician Professor Amnon Neeman from the Australian National University, who pioneered the development of triangulated categories, will also be involved in the Transregio. Both researchers will be funded by the DFG as Mercator Fellows. 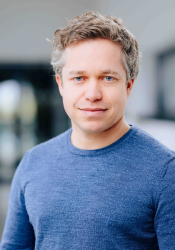 Head of the Group Spectral Analysis 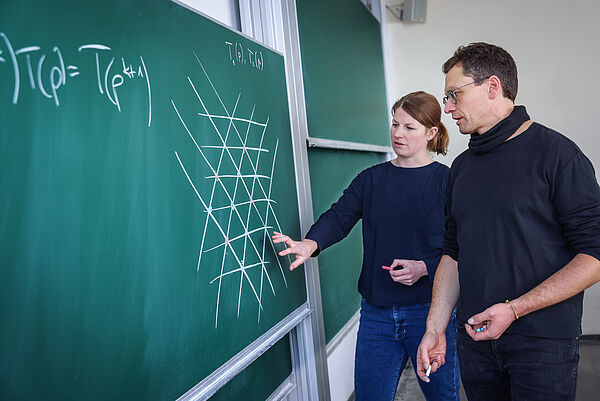 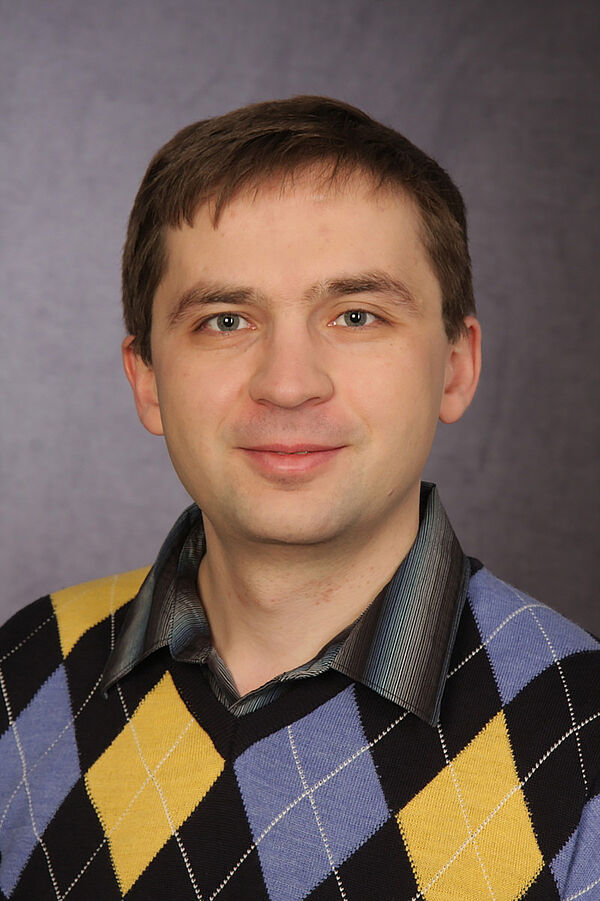